I live in Minneapolis and am a fan, advocate and scholar about gender issues in sport, particularly girls and women in sport. In the last two months, while I haven’t blogged much I have been keeping in eye on happenings around women in sport. Media coverage, or should I say the lack thereof, has been on my mind a great deal.

An anomaly was the 2011 Women’s World Cup aired and covered by ESPN = Fantastic coverage of dramatic competition, athleticism and serious athletes. Unfortunately what we see far too often is the trivialization, erasure and sexualization of female athletes…which I’ve written about a lot.  This last point is why I haven’t blogged much lately. I’m just plain depressed and discouraged that over and over again these patterns emerge, despite record numbers of females participating in sport in the post Title IX era. How many times can I write the same thing over and over without anything changing…and in fact, in most cases, is getting worse?

I’ll say it again…media coverage by major networks of female athletes has DECREASED in the last 10 years and is now down to a dismal 1.6%. (What would the Twins’ attendance or interest in the team look like if we only read 1.6% of the time about the team in the sports media or if we didn’t hear and read non-stop coverage of the team—even in the off season?)

Dave Zirin pointed out that GQ left out an entire gender when naming their 25 coolest athletes.

If you want to read a great critique and column titled “Sex Sells Sex, Not Women’s Sports” in the special sports issue of The Nation magazine written by my colleague Dr. Mary Jo Kane, Director of the Tucker Center for Research on Girls & Women in Sport, and get up to speed about why these trends persists and why it is problematic, I’d encourage you to read it. 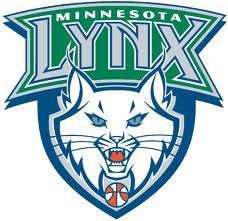 Ironically, in our own backyard the WNBA Minnesota Lynx are providing an interesting case study for sport media scholars. Currently the Lynx have the best record in the WNBA and have secured a playoff bid. The Lynx have a great deal of athletic talent: Whalen, Wiggens, Bruson, Augustus, and Moore are some of the players lighting up the scoreboard this season. Meanwhile…the MN Twins are struggling, the NBA is facing a lockout and the Timberwolves were horrible last season, the NFL is limping back to full speed after their lockout and the Vikings will struggle, and the NHL and MN Wild have their own issues.

Case in point: Today I got a call from a local media outlet to discuss why the Lynx are getting very little coverage despite a winning season. I was ready. I got a call 10mns later, the story was canceled– “Something better had come up”. How can people get interested in the Lynx if they don’t hear about them and the team isn’t covered?

I know for a fact that the Lynx are selling more tickets this year, over 1,000 more a game, than last year. Fans are filling the seats. People ARE interested and DO care about women’s sport. The Lynx are talented and exciting to watch. Hey sport media….PAY ATTENTION AND GIVE THE LYNX THE COVERAGE THEY DESERVE! Sport media journalists argue they will cover women’s sport when interest is there. Here is a clue: NOW IS THE TIME.

Here is a novel chicken-egg idea: The more media coverage you give the Lynx, the more people will attend and the more interest is generated.

The ironic thing is, people are interested DESPITE poor media coverage of the Lynx.

Even more ironic, people are interested in the Lynx because they are GREAT ATHLETES and are fun to watch not because the Lynx players are being marketed and portrayed in sexy and hyper-feminine ways.

Fans of women’s basketball and women’s sport want to see and read about athleticism and see quality play. They are getting that and Moore with the Minnesota Lynx.

added 9/1/11: Watch me talk to WCCO’s Jason DeRusha on the “Good Question” discuss the lack of coverage of the MN Lynx.

6 Replies to “The Minnesota Lynx: A Case About Media Coverage for Female Athletes”