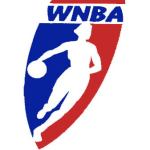 On the eve of the final WNBA playoff game, I just watched a fantastic video made by a WNBA Intern, that I saw due to a Tweet by Minnesota Lynx player Candice Wiggins (@candicwiggins). In the video, clips featuring similar plays from the NBA and WNBA are shown back-to-back or simultaneously.  What this sets up is that WNBA players are as athletic as, and do exactly the same exciting plays as their NBA counterparts. Female athletes are depicted in action, on the court, in uniform doing what they do best (in contrast to passive, off the court, and NOT in *cough* uniform Serena Williams). Brilliant! Usually when female athletes are compared to male athletes, the male version of the game is constructed as “better than”, more exciting, or the real version. Not in this video!

Advice to the WNBA: HIRE THIS INTERN. Whomever you are Intern, NICE WORK! This is exactly the kind of marketing and fresh thinking the WNBA needs to sustain the league.

Update: I’ve been advised that credit may be due to more than one intern. In that case, hire them all!