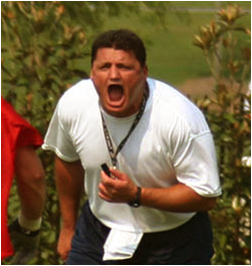 I get many calls and questions from coaches about the use of punishment in youth sport. Punishment from a sport psychology perspective is adding something an athlete perceives as negative or aversive.

Punishing mistakes is not an effective way to shape behavior, teach life skills (i.e., being on time, listening, focusing attention when the coach is talking) or develop skill. Researchers have proven that positive approach to coaching involves strengthening desired behaviors by recognizing them when they occur and giving information about training and instructions that helps an athletes improve or do it differently is the most effective way to communicate.  A “negative approach” to coaching involves attempts to eliminate a behavior based on criticism and the use of punishment. While punishment can help eliminate an undesired behavior in the short term, it does little for teaching skills that develop over time.

Punishment also has a number of potential negative consequences including: